Save Our Mother Earth

Earth Day, April 22, reminds the people of the world the need for continuing care which is vital to Earth’s safety. People from all over the world join in heartfelt love and devotion to the care of this nest in the stars: Earth, our wonderful home. Earth Day is one of humanity’s great discoveries, the discovery of anniversary which throughout time, human beings have kept their sorrows and their joys, for re-celebration and re-dedication to be carried forward to another year, another decade, another century and another eon.

Individuals all trustees of earth, seeking in ecology, economics and ethics policies and decisions that will benefit people and planet. In the present state of the world, the space age, trustee concept has a chance of tapping the best in human hopes and aspirations and providing a healthy, innovative and fulfilling future for our planet and its people. In this new future, deeds will demonstrate what is best in creeds. Young earth trustees will focus on the many solutions that are being found around the world. The objective is now the new rejuvenation of earth. We must rally and inspire a grand effort for earth, and an earth campaign that will eliminate poverty and pollution and bring new freedom, order and opportunity. This will happen as every individual chooses to act as a responsible trustee of earth.

Earth, our home planet, is the only planet in the solar system known to harbor life at present. Air, water, land, and life including humans combine forces to create a constantly changing world that we are striving to understand. Earth is the third planet, and 93,000,000 miles (150,000,000 km.) from the sun. It is estimated to be over 4.5 billion years old. Earth has a total surface area of 196,800,000 square miles. Approximately 29% of the total surface area is land. Water covers approximately 71% of the total surface area. Earth is the densest major body in the solar system. The crust varies considerably in thickness; it is thinner under the ocean and thicker under the land. The inner core and crust are solid; the outer core and mantle layers are semi fluid. The core is composed mostly of iron and some lighter elements. Temperature at the center of the core may be as high as 7500°C, hotter than the surface of the sun (6000°C).

Earth’s atmosphere is a thin, gaseous layer of air that envelops the planet. Its inner layer is called the troposphere and reaches only 11 miles above sea level. It contains most of the planet’s air, which consists of nitrogen (78%) and oxygen (21%). The stratosphere, or outer layer, stretches 11-30 miles above sea level and contains ozone (O3). Ozone layer filters out most of the sun’s harmful ultraviolet radiation.

Environment is not “out there”, it is the air we breath, the water we drink, and the places we live, work, and play. The present society intends on achieving influences and conveniences has forgotten how precious nature is. Environmental pollution is a very big challenge we are faced with today. There are about one billion vehicles on the road today. World Health Organization (WHO) estimated 800,000 people die per year due to fine particulate matter inhalation. A benefit of $ 175 B is expected at the cost of $ 11 B. It is our duty to bequeath a clean mother earth to nurture all living beings

Why to Protect Nature?

The preservation of intact ecosystems and natural unspoiled regions is among the most urgent tasks facing our generation. Its importance is primordial among the multiple imperatives that determine the future of a post-industrial society capable of ensuring sustainable development. We can start out by asking ourselves how to justify the protection of nature.

Too many species of animals and sometimes plants were destroyed in different ways in the past, and indeed this continues today, without any biologist having had the time to study them. Economic, ethical, aesthetic and cultural justifications mandate environmental and energy conservation to protect and preserve mother earth. “The preservation of genetic diversity is a gauge of the future and a necessary investment to maintain and improve agricultural, forestry, and halieutic production to keep options open for the future and to resolve unfavorable changes that arise in the environment”.

How to Protect Nature?

Our mother earth is indeed gasping for breath right now. Harmful pollutions is indeed choking her slowly and continues to strip her with her ozone layer. Protection of the environment is very important as the world is moving into a new era without considering any of the major problems of pollution with rapid industrialization. It is about time to give our response to this alarming state of the only planet we live in, by doing simple things that will surely stir big difference.

Do and Do Not

We all can agree that we have only one Earth- a miracle planet teeming with life. With our amazing technology and awareness of earth’s raw materials and natural resources we know that poverty and pollution, the breeding of crime and corruption, can quickly be eliminated. All that is needed is the will. 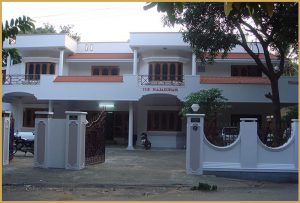